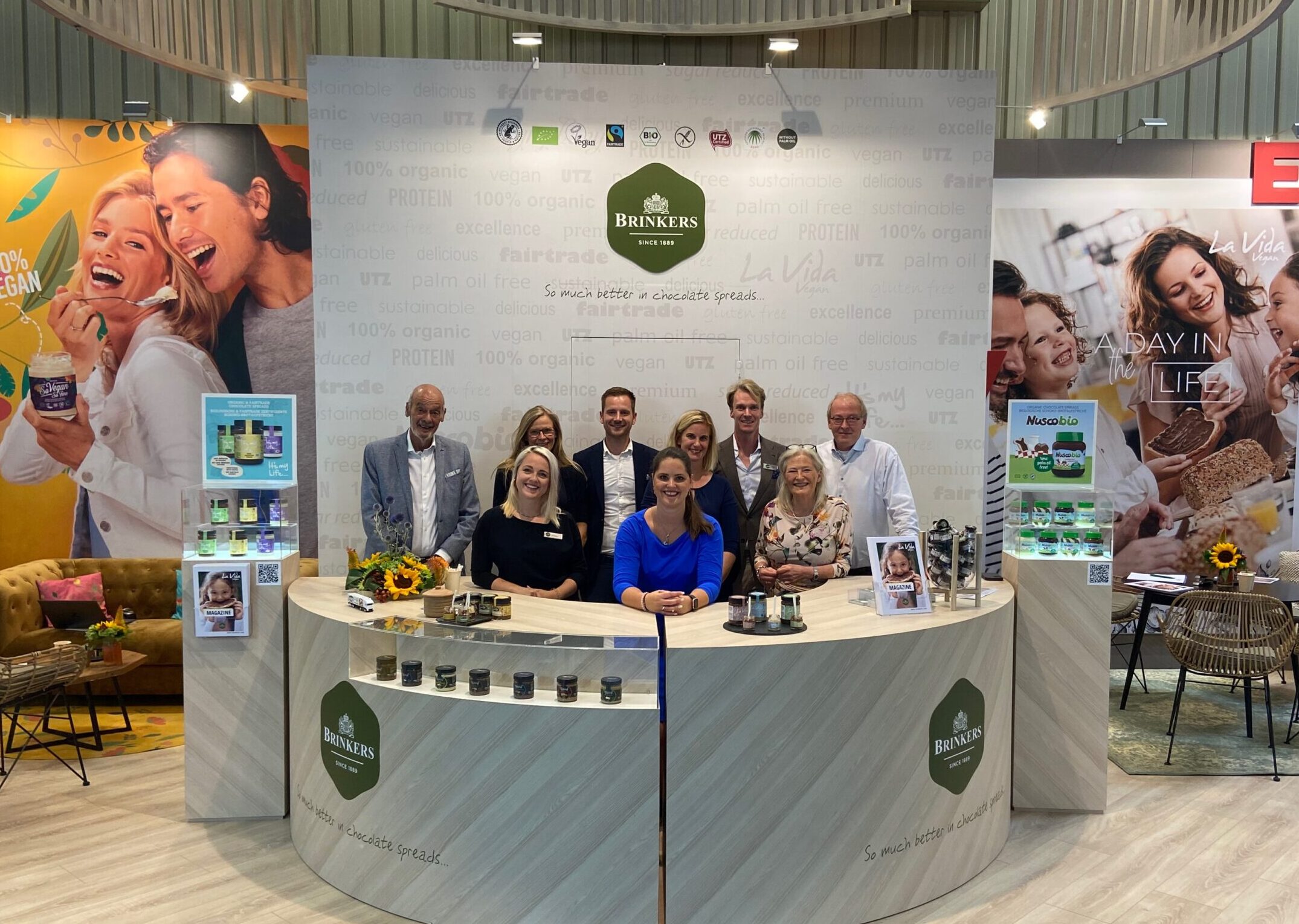 After a warm build-up day, with 37 degrees, the well-known and remarkable stand of Brinkers Food was ready to meet its visitors. With a colorful So Vegan So Fine wall, the look and feel was once again recognizable and the modern jars of organic chocolate spreads could be seen from a distance.

In 2016, Brinkers introduced the two brands So Vegan So Fine and La Vida Vegan in three flavors: hazelnut, chocolate and dark chocolate. Now, six years later, the company presents an extensive range consisting of seven regular variations. Apart from the three flavors above, the range now also includes an almond, a white coconut, a pistachio and a walnut variety which are distributed globally.

During the exhibition, the first concept of the So Vegan So Fine and La Vida Vegan nut spreads have been introduced. The nut spreads are just like the others vegan, 100% organic, palm oil free and gluten free. The new flavors cashew, hazelnut and almond have been tasted by many and were well received. With a sleek new design and a luxury glass jar with metal cap, they are available in 180 gram.

With a share of 85% nut, Brinkers has launched an unique concept of which the firm consistency (in comparison to 100% nut spreads) is highly valued. Due to the addition of dates, they are sweetened with natural sugars, which is a strong USP of this new product. They can be found in the tasty flavors crunchy cashew, crunchy hazelnut and crunchy almond.

So Vegan So Fine and La Vida Vegan Family

By expanding the category on the shelf, space is created to introduce a brand family. This is a good choice, since Brinkers can take the business essence into consideration as a chocolate spread manufacturer. Because in two out of the three nut spreads, you can taste a touch of chocolate.

So Vegan So Fine and La Vida Vegan Less Sugar

During the last ISM, Brinkers has presented the So Vegan So Fine and La Vida Vegan less sugar range as a new concept. Afterwards, these products have been further developed, tested extensively and finalized. At the Biofach, the final variations were presented again and this has resulted in an official introduction on the German market for the flavors almond and white hazelnut. These two less sugar chocolate spreads can be found during the fall later this year in several German Bio fachhandel (organic specialty stores). In addition, the introduction of the regular flavors pistachio and walnut spread in 270 gram will also start later this year. With our partner for the German market Importhaus Wilms we will also introduce the two La Vida Vegan less sugar varieties in the German retail channel in a few months.

Besides the new introductions to the So Vegan So Fine and La Vida Vegan family, attention has also been paid to other organic chocolate spreads products of Brinkers, including Nuscobio (now palm free) and the premium line Chocolate Rhapsody with a new flavor: Speculoos. The complete assortment is presented in a brand new Brinkers magazine which can also be viewed digitally and can be downloaded at our website.

Brinkers looks back at a, on first glance, successful and summery edition of the Biofach. The upcoming weeks we will work hard on the follow-up and the preparation for the SIAL in Paris. 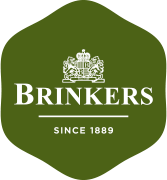